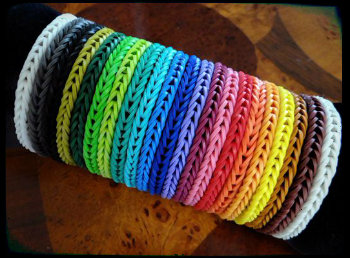 With all the current controversy surrounding loom bands at the moment we decided it is essential to clear up a few common concerns, and set your minds at ease by answering a few of your questions. We, at Loomband.co.za are passionate about our product and genuinely care about you.

Can loom bands give you cancer?

The actual loom band itself has not been proven to have any carcinogenic chemical additives.

The concern arose when tests run by the Birmingham Assey Office proved that there where traces of phthalates in the unofficial (knock-off) loom band CHARMS. The cheaper charms contain 500 times more phthalates than the legal limit, which in the UK is 0.1%.

What is the difference between the cheaper brands and Loom band’s products?

As with anything, a higher quality product has fewer unnecessary and potentially harmful chemicals, as they have been put through a more rigorous set of tests before making an appearance online or in shops. And as mentioned in a previous post rather avoid the cheap products – as our South African saying goes “Goed koop is duur koop”

In short, the difference is in the quality which not only allows for better looking and longer lasting Loom band bracelets, but also reduces the likelihood of the bands snapping.

What do the scientists say?

Phthalates is a chemical additive widely used to increase the flexibility, durability and longevity of plastic products.

The effects of this chemical can only be seen if one is exposed to significant amounts of the chemical, over extended periods.
Loomband.co.za adheres to strict importing standards and only sells products from reputable suppliers. Whilst we do not in any way deny the health and safety warnings which are now associated with the unofficial product, our stock is good quality and meets the necessary health and safety requirements. 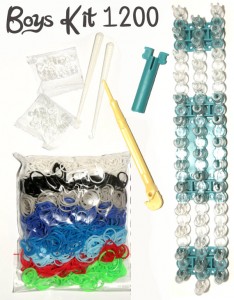 Do Loom bands cause cancer? You can be confident that our Loom band products are safe for you and your children to spend hours; days, weeks looming whichever masterpiece your heart desires.